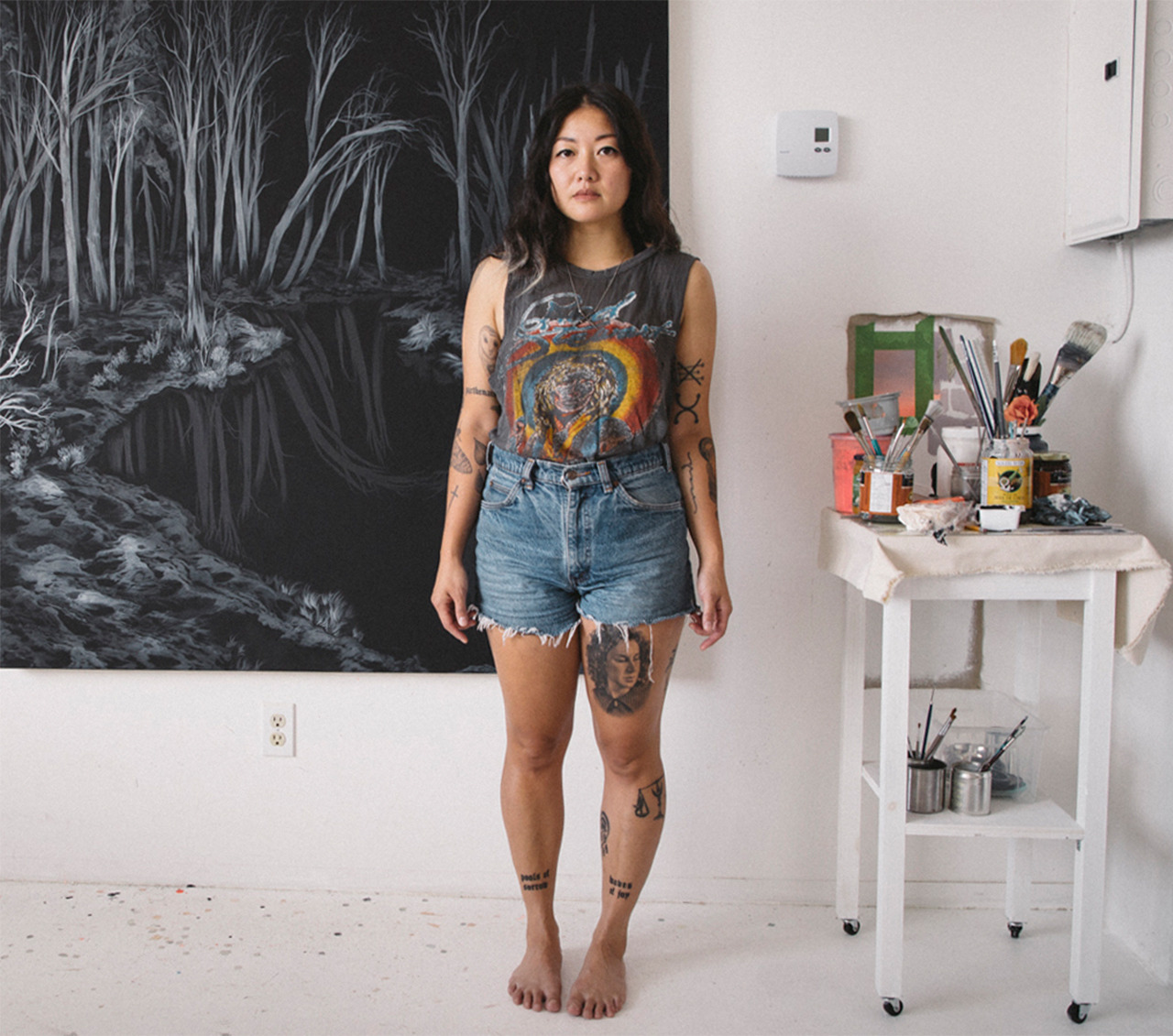 Marigold Santos pursues an inter-disciplinary art practice involving drawn, painted, and printed works, sculpture, animation, and sound. She holds a BFA in Printmaking from the University of Calgary and completed an MFA from Concordia University, Montreal in 2011. She is a recipient of numerous awards and grants and has exhibited extensively across Canada. She currently divides both residence and practice between Calgary and Montreal.

My interest lies in transformation, as I reflect on fleeting childhood memories and my family’s immigration to Canada as an autobiographical point of departure. Experiences as history, fragmented into memory, and re-told to become personal myth are negotiated through the act of drawing, one that operates in narrative, and in fiction. This is the realm of play where I situate my work.

Notions of attachment/separation, being grounded or uprooted, ultimately relates back to investigations of ‘self’ and ‘home’ and are explored through an invented temporality (where I look forward, sideways, upside down, while simultaneously looking backward into a history never physically lived) manifesting in conceptual hybrids and multiple distribution of selves.

In these recent works, imagery arises from the otherworldly; figures mobilize and embrace growth, transience, and a self in process that provide loopholes as points of entry that makes aware the contradictions that dwell, and do not seek to resolve awkwardness and discomfort.

It is in ambiguity and lack of absolutes that I draw upon my imagery; one that supports a narrative that is disjointed, accumulative, and plural. It has become a language in my own story telling that continues to change and evolve, a language that is constantly being defined by the relationship of one image to the next.

CBC article on her tattooing: https://cbc.ca/arts/marigold-santos-is-reconnecting-with-her-filipinx-roots-through-tattooing-1.5046915

Curator Cheryl Sim and the artists of the exhibition “RELATIONS: the diaspora and painting”. Marigold Santos embraces an interdisciplinary art practice that features drawn, painted and printed works, as well as sculpture, animation and sound. Upon arriving in Canada, she initially lost touch with her culture. Now, it is in her identity that she draws her strength. Santos is interested in transformation, using his fleeting childhood memories and his family’s immigration to Canada as an autobiographical starting point. The experiences become stories, fragmented into memories and retold as personal myths.